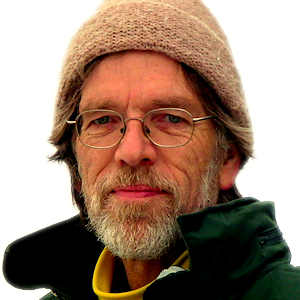 Over time I have worked as a webmaster, author and editor, a teacher and speaker, adviser and project organiser. I also do humanitarian work in Palestine, with which I'm deeply involved.

I lived in Glastonbury in southwest England 1980-2008 and was prominent in community life there.

I now live in West Penwith, in the far west of Cornwall near Penzance, and also spend time in Bethlehem, Palestine.

Blessed with four grown up daughters and son and six grandchildren.

Born a left-handed Virgo in 1950, I'm a 1960s veteran (Liverpool and LSE), with a rather long track-record. Best valued for my positive and original insights and my knowledge and understanding of historical, geopolitical and spiritual issues.

I have run bookstores, crafted lots of words, books and websites; campaigned for home-birth, peace, ecological and community issues; created three innovative social-educational projects; taught endless classes and workshops; spoken from many stages and counselled thousands of people; and done extensive research into prehistoric sites in Britain and Greece. Learned lots from people and life too.

I've edited many notable books in mind-body-spirit, history and new thinking for a number of publishers and quite a few authors.

I'm a visionary originator of ideas and perspectives with a unique, global and deep slant on things. A healer of perceptions, peacemaker, social activist and philanthropist.

I've created educational projects such as the Glastonbury Gatherings (1984), the OakDragon Project (1987) and the Hundredth Monkey Project (1995). These were innovative conferences and educational events.

They set off a small movement, the 'camps movement', now around 20 organisations in five countries which over 25 years has touched the lives of many thousands of people.

I'm actively committed to realistic personal, social and global change. Been at it for 45 years.

I was born five years after WW2, at Hartfield House near Forest Row, Sussex, England - south of London, in the Ashdown Forest. It had been the WW2 American Generals' HQ in England, from which the American aspect of D-Day was planned - an ominous start!

Went to university at the London School of Economics (1968-71 - yes, a 'troublemaker'). Then I lived in the mountains of Snowdonia in North Wales 1972-75, and in Stockholm and the forests of Uppland (Uppsala area) in Sweden 1975-80. Sweden gave me refuge after a tumultuous and challenging time: Sixties Liverpool, LSE and the dawn of the 'alternative society'.

From 1980-2008, I was a community leader in the rather interesting small town of Glastonbury in SW England. I ran groups and events, was involved in civic and community affairs, and served as the town webmaster 1998-2006.

More recently I have moved to West Cornwall to complement my work in Palestine. Palestine is intense and Cornwall is relatively calm. Being half-Welsh, I feel at home here.

For more about Palden, here's a short autobiog

Privacy: I'm not interested in your private data. This site collects stats to observe traffic in general only. I'm not into capturing data, giving your data to others or making mailing lists. Any problems, contact me. Enjoy your visit!
Back to content