I was born in 1950 in a place that, five years earlier, had been the WW2 American Generals' HQ in Britain. This was perhaps a sign of something. By the time I was twenty I was involving myself with matters of conflict and peace.

Raised in 1950s Cardiff, Wales, I was influenced by the community values of the Welsh. In my teenage years in 1960s Liverpool I was affected by the cultural revolution taking place there - the Beatles and all that. But I always felt like a stranger in a strange land, a watcher of humanity.

In university at the London School of Economics, social-political revolution was on the agenda. A young hippy on a deep search for truth, I questioned received wisdom and sought answers in politics, philosophy and spirituality.

After London I lived in the mountains of North Wales, going back to nature and through a spiritual awakening. After a near-death experience in 1974, I moved to Sweden, repairing myself after an intense and turbulent ten years.

Over the years I embraced meditation and inner growth, ecology, social change, psychotherapy, community-building and alternative lifestyles, maintaining a focus on 'deep politics' and transforming society.

In 1981 I returned to England, moving to Glastonbury to live and work as a counsellor, teacher, writer, book editor, webmaster and community activist until 2008. I founded a succession of three holistic-educational projects and ran Glastonbury's biggest website for ten years. In 2009 I moved to Cornwall, my current base in Britain.
_____________

One thread passing through my life was conflict-resolution. I had involvements in Northern Ireland, Bosnia and Kosovo until my commitment to Israel and Palestine intensified from 2001 on. In 2003 I helped found Jerusalem Peacemakers, a group of Israeli and Palestinian spiritual peacemakers. Through this I met Ibrahim Issa, director of the Hope Flowers School in Bethlehem. I found myself gravitating increasingly toward the Palestinians.

Hope Flowers School, founded on the belief that every act of violence begins with an unhealed wound, worked with the causes of conflict - the psychological trauma which, if left to fester, can become resentment and violence. Having worked with conflict-related issues all my adult life, this meant a lot to me. 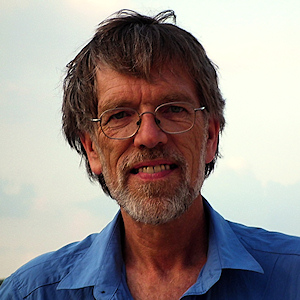 The photo above was taken by an eight-year old boy in Birqin, near Jenin, who asked to try out my camera. He crops up in the Jenin slideshow on this site.


Over the years, for my living I have worked as a webmaster, book-editor and author, a counsellor and adviser, a speaker and teacher, a photographer and an event organiser. I have four grown-up kids and I'm happily accumulating grandchildren.

For my calling I am an historian and geopolitics nerd, a humanitarian and 'wise man'. I'm not trying to change the world so much as as to prepare it for what follows the change. Big changes are happening now.

In Palestine what preoccupies me is what is to happen once peace comes. In Britain after WW2 we resorted to affluence to bury our national pain - but affluence consumes the Earth and doesn't bring the happiness and fulfilment humans truly seek, and its time is passing. It breeds dissatisfaction and depression, loss of direction and spirit, a mindless addiction to the questionable benefits of wealth.

I am interested in 'alternative development' - new ways to strengthen society and nature, to end the pillaging of our planet and the exploitation of its people. It's about building a new world based on different foundations. This isn't a master-plan, more a set of principles: non-violence, 'do unto others as you would have them do unto you' and moderation in all things. It involves a deep psycho-spiritual change.

I'm also interested in helping correct some of the damage my country has brought to the world. Britain occupied Palestine from 1920-1948, and much of what subsequently happened there started then. Since 2000 Britain has been at war in Iraq, Afghanistan and Libya - can we stop this now?

We Brits can be bringers of peace and sanity. I have chosen to do something about this in my own small way. Just because it takes time, it doesn't mean it can't or shouldn't be done.

I hope you enjoy this book and that it brings you a glimmer of light. Palden.

NEXT: Order the book online